We love smartphones because they are all readily customizable. You can take videos and photos on the go and share it with friends over other social media platforms. Likewise, the latest smartphones are sleek, fitting into even very tiny pockets making them a haven for both Android and iOS users. Nonetheless, they are slowly replacing calendars, alarm clocks, watches, not to mention cameras.

But one thing is for certain:

Nearly all smartphones cannot screen record without using third-party apps. For that reason, we explore all the possibilities to screen-record on your phone and produce the most appealing records of all times. We pull out the world's best screencast apps for smartphones both for Android and iOS.

Here's what we found:

At first, let's talk about the top 3 screencast apps for Android devices. If you're using Xiaomi, Huawei, OnePlus, or Samsung phones, you can refer to this part.

Android screencasting starts with capturing what on the screen. Screen-o-Matic offers even more.

While screen recording, you can overlay your Facecam, and capture background audio along to generate pro-level videos. This screencast app for Android is suitable for several creating and sharing functions for tutorials, app demos, and game walkthroughs among others.

What's more, the app is available for iOS too.

And even more, the app lets you edit like a real pro. You can trim unwanted video parts, crop for sharing, adjust the video speed, and even overlay your Facecam.

This is a tool from Google that delivers a lot. To be precise, this screencast app for smartphones mirrors your desktop to your smartphone so that you can control your desktop using your phone.

How to Cast Desktop on Android Using Chrome Remote Desktop

Android 10 and higher comes with an in-built screencast tool. While in Android 10, it might not be working right—like the audio function might not work—in Android 11, this screencast app for Android is functional.

How do you use Android OS Default Screencast Tool?

Here is the definitive guide:

Now, if you're using an iOS device, here are some of the best screencast apps for iPhones and iPad.

Next, let's talk about the screencast apps for iOS devices

If you were wondering about a screencast app for iPad or the iPhone, you shouldn't even trouble because each iOS device comes with an in-built Screen Recording feature.

Here is how to use iOS Built-in Screen Recorder: 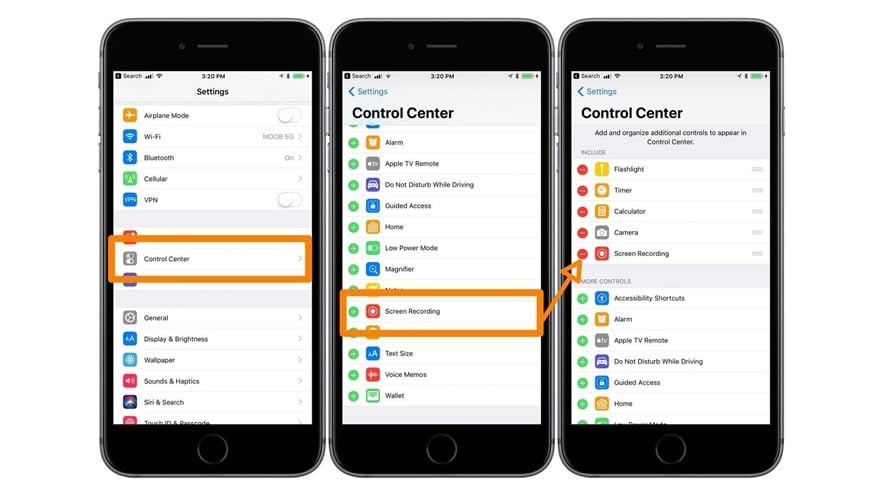 Second, on the screencast app for iOS users, is Screenflow-that records directly from Mac. To use it you must have:

Then proceed as follows:

The Vidyo is a third-party screencast app that allows essential screen recordings on iOS devices.

Apple removed it from the Appstore in 2016-meaning you can only download it from a third-party source. 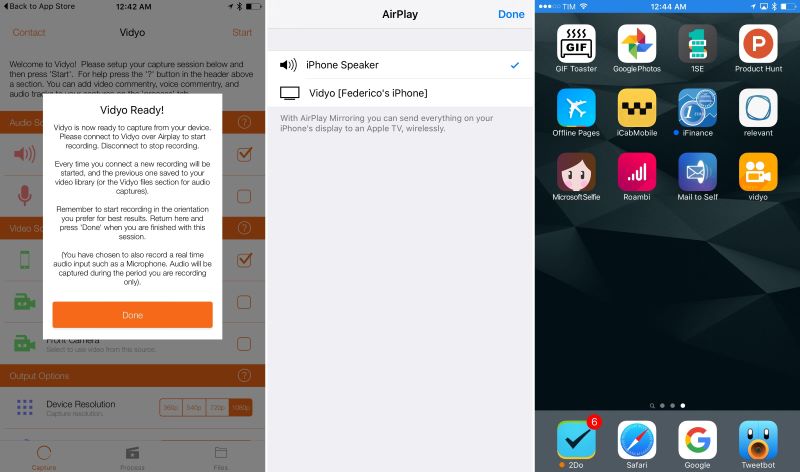 Then proceed as follows:

If you're searching a free screencast software for desktop pc, you can click here to get 3 Easy Steps to Make a Screencast Video with Wondershare DemoCreator

If you were wondering about a screencast app for Xiaomi or any other smartphone, you should have got an answer by now. The above mentioned are among the best you can source for from today's market.