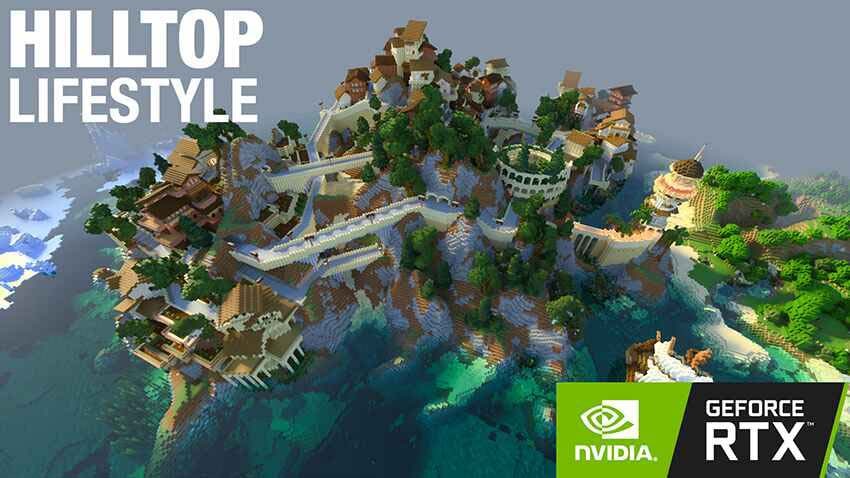 The Nvidia Screen Recorder does affect gameplay a little though as it decreases the performance of the game to 5% or in some cases 10% however this is usually in the games which are more demanding. The effect is negligible though because for a PC which is fast enough it won't matter at all. In this article, we will discuss the various aspects of the Nvidia screen recorder and how it is to be downloaded and then used.

The Nvidia GeForce screen recorder can be downloaded manually from the Nvidia GeForce Experience Page. The user needs to go to the page and then click Download Now. After doing so the download begins and the GeForce Experience .exe file installation can begin the installation. After the program has installed, an Nvidia account would have to be created. It also gives the option of signing in through Google or Facebook which makes the setup very easy and not too much of a task. After that is done, there will be a dialogue box that will open and this dialogue box gives the tour of the entire GeForce experience. The tour is definitely recommended for those who are using this for the first time as it provides an insight into the many features of the software.

Another important part of the installation process is the new graphic drivers which are offered by Nvidia. The users are recommended to keep regularly checking if the drivers are up to date because the drivers keep updating after every major release of the game. For doing that, the program of the GeForce Experience needs to be opened and the check for updates button needs to be pressed. Although it usually checks for updates automatically, it is always better to go and check it. If they are not up to date, there will be a download button that needs to be clicked and the drivers to be downloaded.

Once this download has been complete, there will be a couple of more buttons that come up these are Custom Installation and Express Installation. For most of the users, Express Installation is the better of the two. This installation does take a few moments and this depends upon the driver which is there on the hardware and may require the user to restart the PC. When this is done, the graphic card driver gets updated.

The Nvidia Screen Recorder comes with many shortcuts which are known as Hotkeys.

Some of these shortcuts are mentioned below

Alt + F1 – Saving a screenshot to the gallery

Alt + F9 – Toggle manual recording on and off

Alt + F8 – Toggle broadcast off and on

Alt + F6 - Toggling Camera off and on

Alt + F5 – Toggling custom overlay on and off.

The features of the Nvidia Screen Recorder are enlisted below

Instant Replay and Recording: The Instant replay and record feature allows the user to record the gameplay in an instant replay. The replay mode is already recorded when the hotkey which is used for saving the last 30 seconds is pressed. It gives an option of saving for the device or being shared to Facebook or YouTube.

High-Quality RecordingThe Nvidia screen recorder records the gameplay manually as well and does it at 4k up to 60 FPS or Frame per second. This can be run in the background too without the video capture affecting the performance significantly.

Highlights Key Moments: Nvidia has this feature where it highlights the key moments in the game and allows the gaming moments to be saved automatically. The highlights can then be saved or shared on social media as per the users’ discretion.

GIFs and Screenshots: Nvidia allows the users to save Gifs as well as screenshots for 15 seconds. These can then be updated on social media and other platforms as the user prefers.

Easy to Use: The reviews prove that the Nvidia screen recorder is one that can be used by the gamers easily without having to get too much of a tutorial. This also offers shortcut keys and makes the entire experience very sleek.

There has been a common problem that has come to the notice of one and all and that has been that Nvidia does not work for desktop. This happens particularly because the Antivirus in the system does not let the user reach the control panel of Nvidia. In some cases, there is a problem with the screen capture as there are error threads that have begun to show after it being upgraded. There are multiple options that the user has but in case they do not work there is an option for switching to an alternative screen recorder. The one we would recommend here is Wondershare DemoCreator.

DemoCreator is among the leading screen recording software and is extremely popular due to the value-added services which it provides to its users. The best part about this software is that it provides high-quality videos to its users. This is software that is preferred by gamers as it allows the recording of gaming videos and its frame rate is in the higher range of 15-120 FPS. There is one more feature that makes it efficient and that is the fact that it lets clips overlap. It lets users work on the video too by adding annotations.

This is also among the best-reviewed screen recorders because it offers every single thing that a modern-day gamer needs. The outlay of this software is supportive to the gamer and makes it very easy for him to render and record the videos. The software also is a gamer's dream because it uses multiple media formats. These may exist in the form of audio, video, or image which may be allowed to be edited. There are other features too which allow the zooming of the video and then allow the audios, videos, and images to be edited in a more efficient manner. There are transitions and other picture systems that make it a sought-after screen recorder if Nvidia is not working. DemoCreator like Nvidia is also very easy to use and thus becomes the most natural alternative to it. It also allows its files to be exported into various different sizes and be shared on social media like Facebook and various different video sharing platforms such as YouTube. Like Nvidia, DemoCreator also offers hotkeys such as F9 and F10 which make the recording experience even better for the gamers.

Nvidia is a screen recorder that has become the favorite of gamers because of the experience it has to offer in terms of its graphics and instant replay recording. Nvidia screen recorder desktop has software upgrades and it keeps getting better by the day. The gamers are increasing by the number with the influence of gaming catching all over the world and therefore this becomes an effective tool for gamers to share their gaming experience with other gamers all over the world. Despite it not working in many different situations and computers, it still is among the best game screen recording solutions.