Twitch is a live video streaming platform covering nearly anything you'd want to watch from gaming, cooking, music, tutorials, and Question and answers sessions. It became one of the most popular videos streaming websites worldwide, driving traffic from over fifteen million users every day with over four million unique broadcasters from February 2020.

As games become more expensive and advanced, it's not easy to choose right away without knowing something substantial about them. Twitch screen recorder lets gamers stream their gameplay live to go beyond just a simple review.

It's live with two video captures simultaneously: one is the game itself, and the other is the gamer in real-time. The audience can choose their favorite players and stream, giving every stream a different personality and a unique trait. This is why screen recorders have been so popular in use in the last few years. With hundreds of possible options, you have to choose the best screen recorder for streaming Twitch.

Twitch's main features are the inability to post old streaming episodes that you have created previously to earn ad revenue. If you ever want to post some of your past episodes, you have to screen record the event and save it for later use.

While there are many legible options available on the market, we are going to talk about one of the most popular ones that serve both quality and affordability compared to the alternatives. Wondershare DemoCreator is a brilliant screen recording tool with a diverse video editing suite, cutting down the dependency of other applications to edit directly.

STEP 1: In the starting page of Wondershare DemoCreator, you will be provided with three options: 'Get Started' for starting on a clean slate where you will decide and customize the parameters of your recordings. You can customize audio settings, recording area, rate of the frame, and many others. 'Quick Capture' is for capturing the screen with the default setting.

Click on the tab to launch the panel to record immediately. 'Video Editor' tab is for editing and enhancing videos with annotations, texts, animation effects, etc. So, choose accordingly.

STEP 2: Customize your record settings after clicking on a 'Get Started' button. The Setup page will turn up with four main options: 'Screen' for defining the size of capture (whether it will be a full window or a particular region). You can also set your desired frame rate, which can be up to one hundred and twenty frames per second.

Choose the 'Game' mode if you are willing to record the gameplay under settings. Choose 'Audio' to specify your desired audio source for your video. You can choose either from your PC or microphone or both. Opt for 'Camera' to select webcam if you will be using one for a picture-in-picture effect. You can also record videos with your PC-CAM along with the screen recording side by side.

You can choose your camera, desired resolution, and even the frame rate of the video feed. 'Advanced' gives you options to set location for your video that is recorded, customize hotkeys for your ease, acceleration of GPU, and auto-hide options of the control while recording.

STEP 3: Open up the Twitch stream that you want to capture and hit the 'Record' button on top to start or press F10 on your keyboard. A countdown will follow it, and the recording will begin right after. To pause, hit 'F9' on your keyboard and hit it again to resume recording. To stop the recording, press 'F10'.

STEP 4: Finish recording your video and bring it in for editing; you can use the built-in video editor to give final touch-ups. Also, you can add annotations, cursor effects, and crop, split, resize, rotate, etc. Moreover, you can export your recorded screen to popular video file formats.

Other Ways to Record Twitch screen

Windows 10 comes with a built-in screen recording feature called 'Game Bar' inside the Xbox app. This feature is called Game DVR, and this has been designed to record video game footage, but it can be used to record desktop at will. Here's how you can enable screen recording via Windows 10 Xbox Screen Recorder: 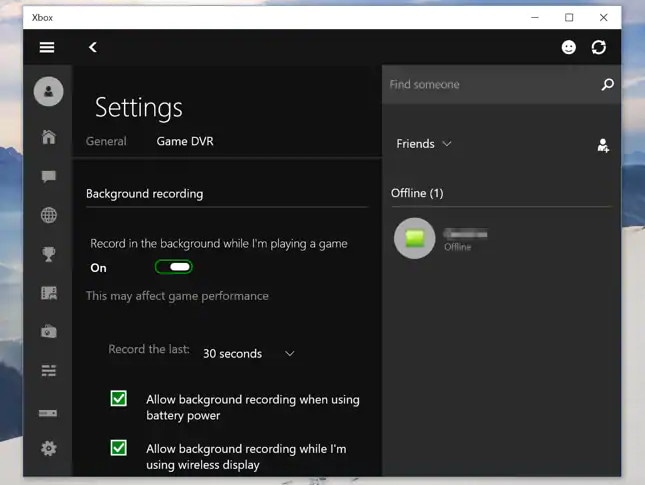 STEP 1: Press the Windows key + G on your keyboard, and the Game Bar should open up. If it doesn't show up, you have to allow it manually.

STEP 2: Launch your settings from clicking on the cog icon on the start menu. Go to 'Gaming' and make sure the switch called 'Recorder game clips, screenshots, and broadcast using Game Bar' is toggled on. On this page, you can customize Xbox Game Recorder shortcut commands to start, stop recording, and take screenshots.

STEP 3: Xbox Screen Recorder can only record one application window at a time. It is usually the last window that you had open, and you cannot switch to another window during the recording. Launch the application you want to record and make sure to minimize or close other window applications to avoid any errors. Twitch Game recorder for Xbox 360 also records all system audio, so make sure there's no sound coming from other minimized applications.

STEP 5: When you are finished with your recording, a Windows notification will pop up saying that your game clip has been recorded; you can click on that notification to open the Captures folder where your recording will be saved. You can also find your recording in the same folder by going to 'This PC' to 'Videos' and then 'Capture' in File Explorer.

QuickTime Player is an application that you can download on Windows, which comes pre-installed in every Mac. It lets you record screen, play video/ audio, and share them. You can record gameplay on Twitch using QuickTime.Record your screen with QuickTime Player on Mac using the following: 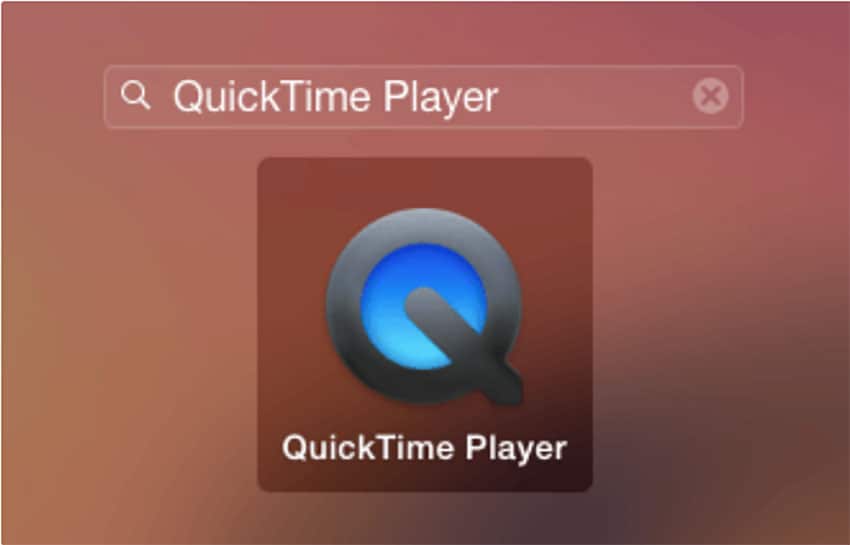 STEP 2: When the application opens, click on 'File' and choose 'New Screen Recording' to display the recording interface. Moreover, you can customize recording options by selecting the arrow in the dropdown menu beside the button to record. Also, you will get to adjust microphone settings where you can choose 'None' to record your screen with no audio.

You can alternatively choose 'Built-in Microphone: Internal Microphone' to record your game with sound. With options, you can choose to 'Show Mouse Clicks in Recording' to show your mouse cursor with a halo around it during game recording.

STEP 3: Open up the Twitch stream you want to record and hit on the record button. The application will give you options to record your entire screen or just a part of your screen by dragging a particular section of the stream.

STEP 4: To complete screen recording hit the stop button in the menu bar, which will appear in your menu bar beside the 'WIFI' icon. To save the file, click on 'File' and then 'save.' Give your file a name and save it to any folder you want.

For Linux users, you can try the Guvcview screen recorder. It's an open-source, free Linux screen recorder for twitch streaming and other activities. Guvcview was created to furnish a simple interface for recording and playing video from devices supported by UVC driver.

We have listed the most reliable ways to screen record twitch across all platforms, be it on Windows, Mac, or Linux. Wondershare DemoCreator is exceptionally dependable as a paid option, and if it isn't what you're looking for, then we have also listed free built-in screen recorders as alternatives. Once you figure out your needs, you'll be able to make a better decision considering all the factors. Once you know your requirements, you can make the best decision to get the work done effectively and efficiently. We hope we have eased your decision-making process, and you are one step closer to a perfect high-quality Twitch screen recording.